Since I signed up for the #MMSkydive and subsequently jumped, I have repeatedly heard the same response when I have told others all about it.

‘You’re braver than me, I’d never jump from a plane’

As much as this is flattering to hear I find it hard to compute.

Don’t get me wrong, I was scared before I jumped out the plane, but for me the jump was to help build awareness of The Lullaby Trust, to help highlight the devastating effect of SIDS and of course, it was another way of extending Matilda Mae’s memory and legacy.

Although challenging, doing a skydive didn’t to me feel like I was putting my life at risk. Thousands of people skydive every day, and there is a reserve parachute. The media is not filled with news of injuries or deaths from the sport because actually, it is quite controlled.

However, there is an unknown, and that is what is scary. Not knowing how your body will react, what it will feel like and the anticipation of loving or hating the experience is quite nerve-racking! But despite this, all the comments made me think about both the concept of bravery, and about the people whom I consider to be brave, and why that is.

You see for me, I am no braver than anyone else. I think that sometimes the smaller choices we make, dealing with the cards our life has handed us or the actions we take can often be much scarier than jumping out of a plane. Some people have a fear of heights, some afraid of spiders, others may fearful of taking risks, or leaving a routine by making huge changes. I also have acquaintances who claim they have no fears, but I know this to be untrue. It’s suspect that they fear to admit what they are scared of!

We all fear and we are all brave because in life, we have to live our lives and we have to cope.

The heroes in my life are not the high achievers, the winners or the dare-devils. My heroes are those who have had to deal with the worst imaginable. Those who have tragically lost loved ones, those who have acted selflessly when times have been ridiculously hard and those who have carried on when they felt like they could not. They are the bravest among us!

Interestingly, the bravest thing I think I’ve ever done is something that not one person has called me brave for doing. Scary moments, stressful situations and bravery do not always need to be a white knuckle ride, dealing with a change or facing a huge fear. Sometimes, bravery means just following your heart and ignoring your head, conquering your dreams or knowing yourself well enough to fight for what you want from life.

It was my Husband who reminded me of this.

“What do you think is the bravest thing I’ve ever done?” I asked.

“Meeting me!” He laughed.

At first, I thought he was being rather egotistical but then I realised (and it doesn’t happen often) actually, he was probably right!

It was 2008 and I was in a steady relationship with my ex partner. Having spent the best part of four years living together without any firm plans for our future I realised that I just wasn’t happy anymore. So I packed my things and left. I was twenty-six years old and knew I that I wanted something else. I wanted to have a fairy-tale love story, a Wedding and to hopefully have children.

I’d alway thought speed dating sounded fun, but knew the reality of it wouldn’t be, so that was out! So I joined Match.com ‘s free month trial.

It would be fun I told myself, give me something to do on an evening and almost certainly (well, I hoped) would give me a confidence boost! On the second day of the trial I stumbled across a photo and profile of a person I thought I’d get along with. Something about the way he’d written about himself made me want to contact him to tease him! Sounds a bit odd, but I did just that. Turns out we got on great. We chatted on instant messenger for about three hours that night (and the same the next two nights..)

He then asked if I’d like to meet him for a drink.

‘I’m really busy for the next few weeks’ I typed and ‘Oh, I’ve got gig tickets that night’ I fibbed later when he asked again the next day.

I was terrified! As silly as it sounds I did not join a dating website so I could physically meet someone! I had never been on a blind date before, and would have run a mile if someone had even suggested such a thing to me! I wanted to just cancel the trial and run, but something told me to go for it; as cliché as it sounds, to give fate a chance!

So I did. I told him a few days later it was a yes.

We arranged to meet that Friday night. He had suggested my favourite bar in Leeds which I was pleased with; it was somewhere I knew where both the toilets AND the exits were!

I finished work early and headed home to get ready. I purchased some new clothes along with a bottle of Pinot Grigio to give me Dutch courage!

Turns out, drinking a whole bottle of wine on an empty stomach coupled with adrenaline and a stressful taxi journey isn’t the ideal aperitif to the perfect date! I was pretty drunk when I arrived and to be honest most of the night is pretty hazy.

I do remember though, being the most scared I have ever been in that taxi.

My stomach did somersaults and the ten minute journey felt like a twelve-hour one. I think looking back, I knew how important the evening was going to be.

It was to be the evening I met my Husband.

I was physically shaking as I climbed out of the taxi, my palms sweated and my fingers fidgeted as I tried desperately to make sure I looked at least like a half decent drunk.

It was scarier than my driving test, scarier than starting a new job, scarier than any public speaking and much scarier than a skydive! I was out of my comfort zone, I was allowing myself to be vulnerable and I was worried if I’m honest, that I was going to be rejected. I almost didn’t turn up. I typed so many unsent, ‘Sorry I can’t make it tonight’ texts, all because I was worried about what people would think, whether the time was right to get into another relationship or simply, whether it was a waste of both time and Pinot Grigio.

But, I am immensely proud of myself for turning up that night, for being brave. That bravery changed my life. Exactly one year after that night, to the hour Dave asked me to marry him; and nine months later we exchanged Marriage vows. 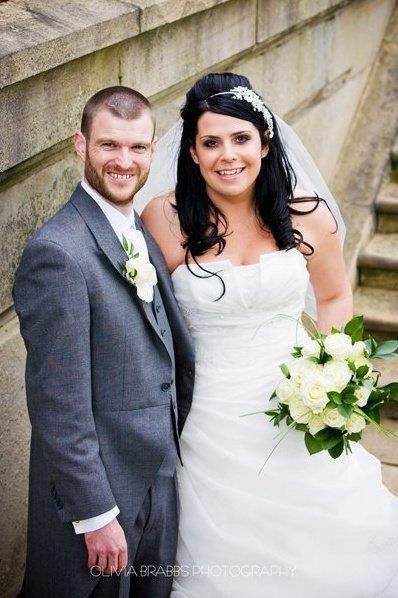 Be brave, and put yourself out of your comfort zone. Sometimes it pays off!

JOIN US!
Sign up for the #MMSKYDIVE2014 and jump from a plane! We are looking for fellow Bloggers to join our team. Email me crowtherclan@ymail.com for more information.