I started blogging after Gabriel’s first Birthday (which was last Summer, when I was twenty weeks pregnant with Willow!) and so I’ve never blogged about his special day. I decided I wanted a record of it for him on my blog and, because he is almost two I thought I had best get on with it. So here we go…

Gabriel’s main present from us was a red trike from Mothercare. His eyes lit up when he saw it! I tied a balloon to the trike with ‘HAPPY FIRST BIRTHDAY’ written on it. It looked very sweet!

Gabriel knew it was a special day and went about ripping away at the shiny wrapping paper from all the other gifts! It really is true that babies love the paper just as much as the presents! 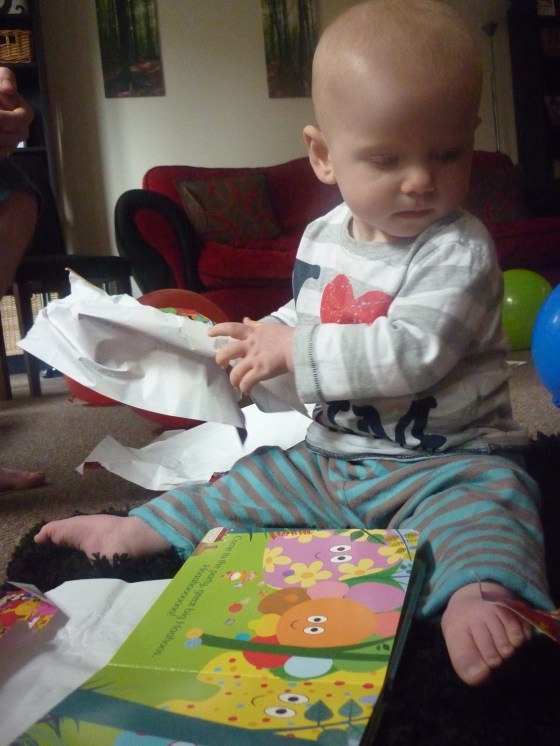 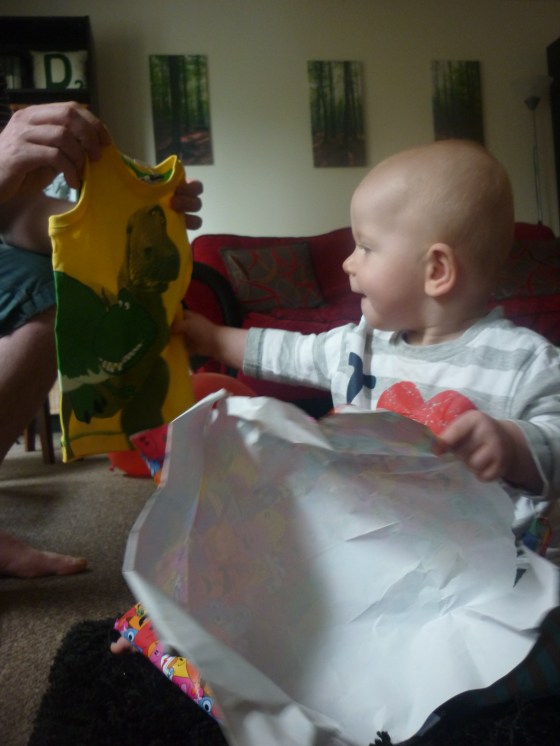 He was of course extremely taken with the trike and had a few rides on it in the living room! Gabriel giggled away as Dave pushed him round and round! We also went outside for a quick spin! 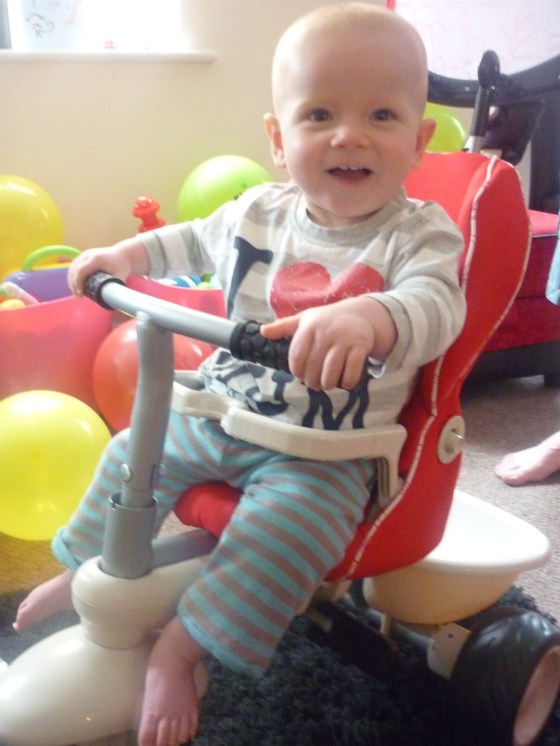 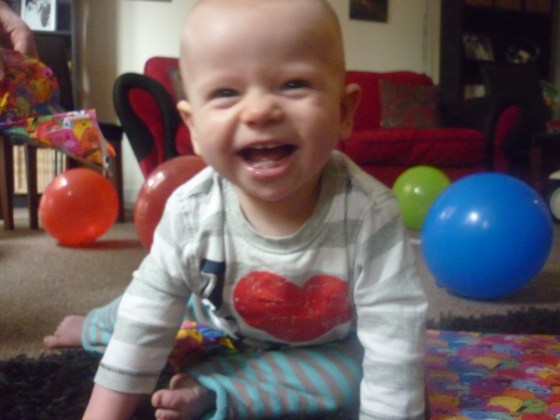 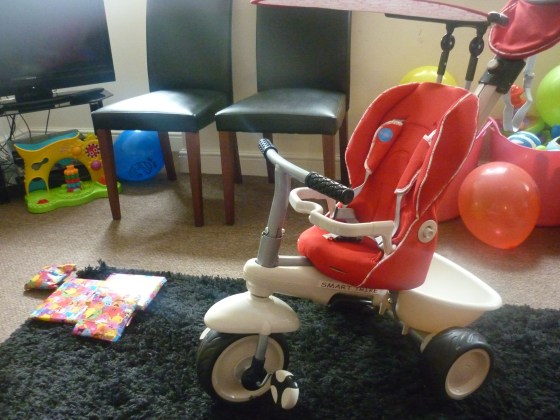 After Breakfast we opened more gifts that had been sent by Family. We dressed Gabriel in his party outfit with matching blue rosette saying ‘Birthday Boy’ then, whilst I did some finishing touches for the Birthday party we were having, Dave and Gabriel played with jigsaws and had crawling races in the hall!
Gabriel became rather nervous as our guests started to arrive, so this kept him occupied! (as well as munching the crisps intended for the guest’s buffet!) 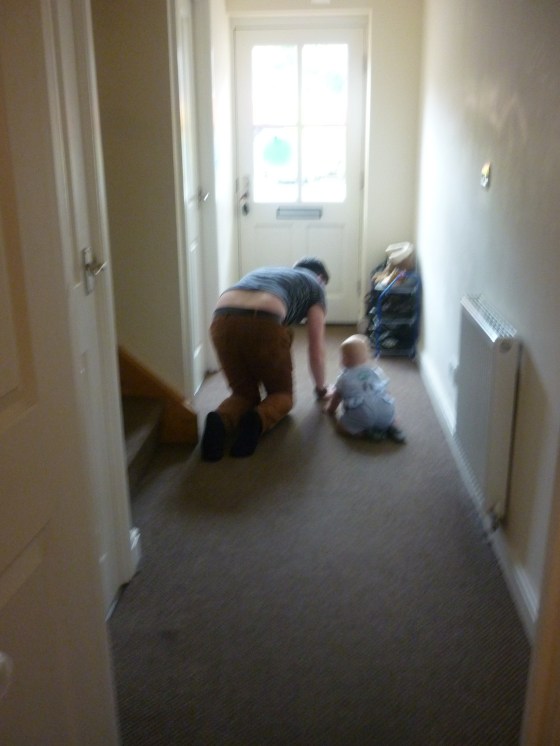 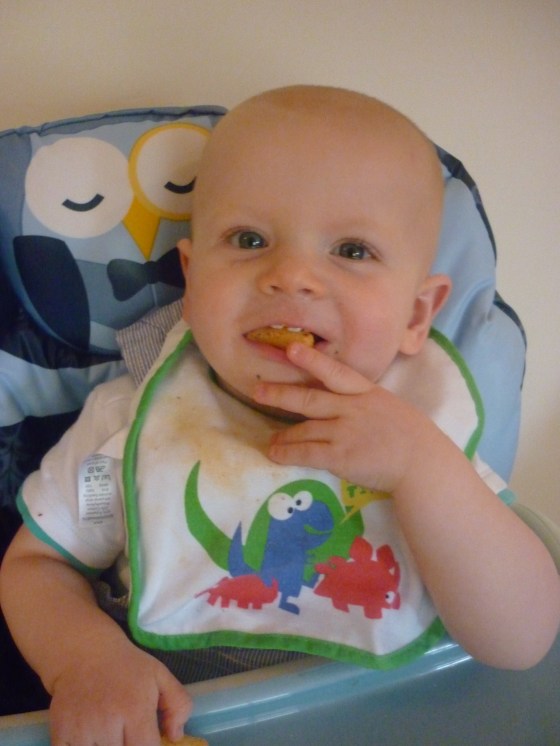 Gabriel’s gifts included; the Trike, lots of holiday clothes for Mexico (Where we went two weeks later), The Night Garden books, DVDs a Cath Kidston dinosaur print rucksack and apron, an inflatable chair (He LOVED this, but sadly it is no more-it popped!), the whole set of Mr Men books, a ball pool and hundreds of balls!, a drum set, Adidas trainers, money for his bank account, Happyland figures, a train set, three different types of walkers, and LOTS of toys! He was very spoilt by our friends and Family! 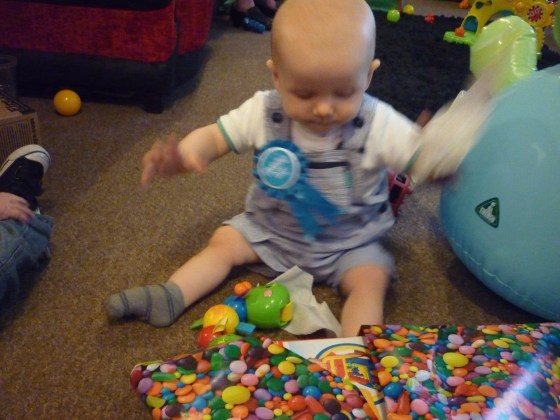 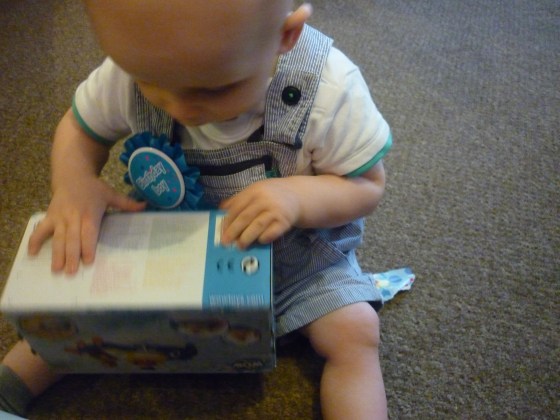 We invited our friends to our home and had a huge celebration and buffet! I ordered the sandwiches platters from M&S, and made small sandwiches for the Children in the shape of caterpillars! We also had crisps, pizza, fritattas, scones with jam and clotted cream, healthy snacks and of course, cake.

We had decided on a Mr Men theme because Gabriel loves the Mr Men! We bought Mr Men cups, plates, napkins, balloons and table cloths. I even found some Mr Men bunting. It looked really lovely and colourful.

For Gabriel’s cake I made two of his favourite Mr Men; Mr Happy and Mr Strong. I was really pleased with my efforts, although my arms ached from mixing the buttercream trying to make it turn red (Seriously, how much food colouring??!!!) Watching my Mum make all her fantastic cakes for all those years has definitely paid off! 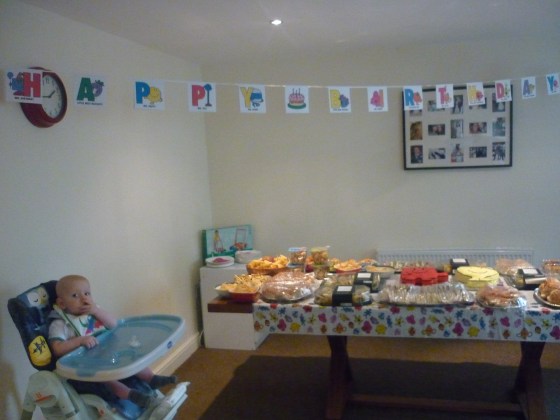 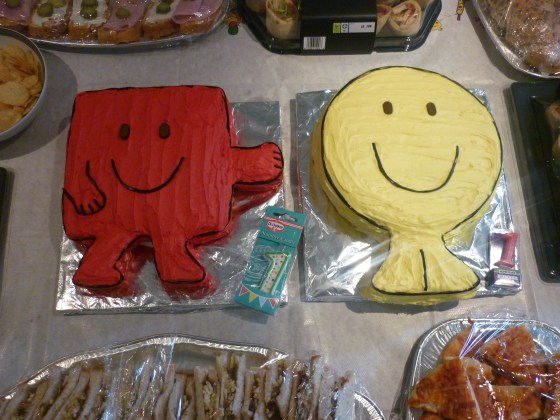 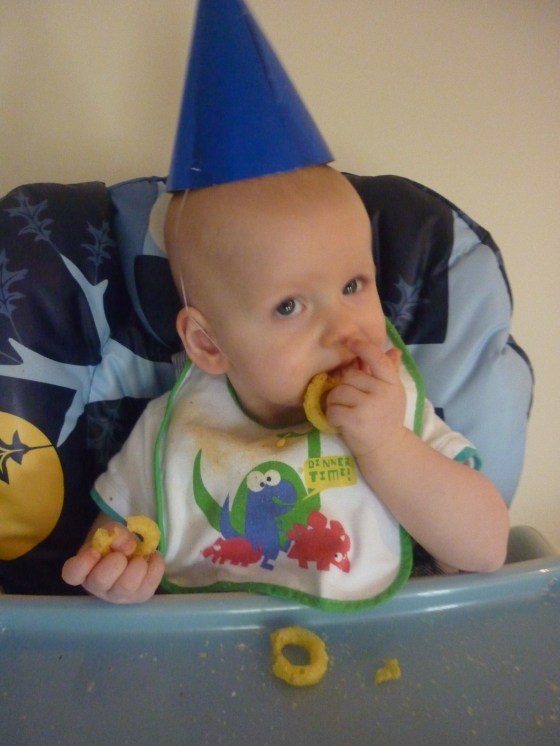 Gabriel spent the afternoon playing in his ball pool, showing the guests his trike and opening his presents! He has a wonderful day with lots of giggles and smiles!

All the guests gathered in then kitchen and sang HAPPY BIRTHDAY to a very shell-shocked Gabriel. He was very baffled, but at the end of the video attached you will see that he was very pleased with our efforts!

The perfect end to a perfect day!

Now, on with planning the second Birthday party! 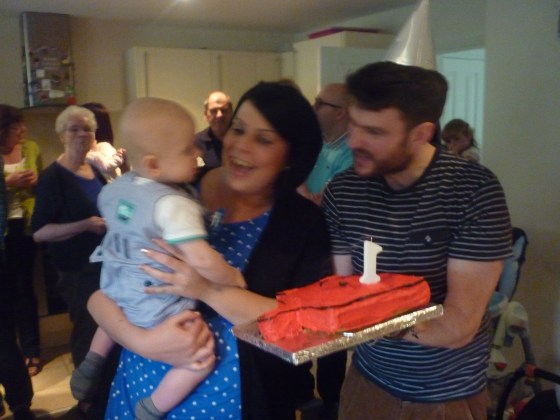 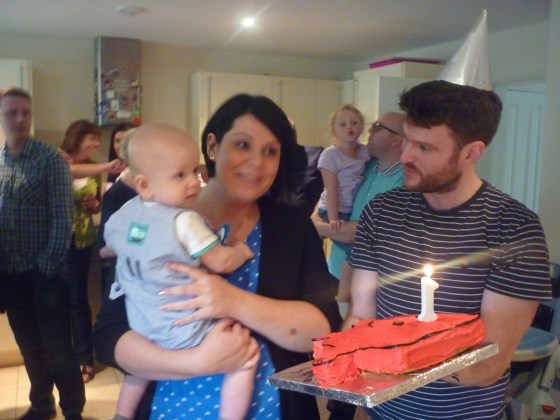 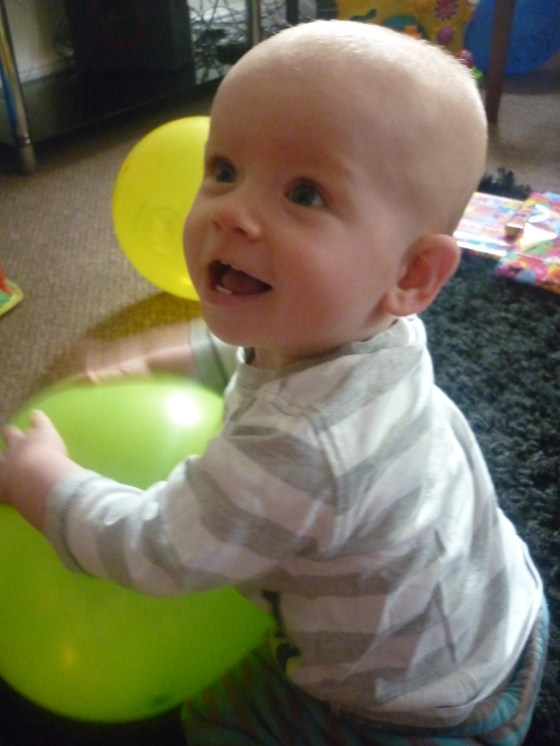