My boy is two years old. I can’t quite believe it! Everyone says time goes fast, but you can’t understand it, like many parts of Motherhood until you’re there yourself.

You may have read, but he loves Peppa Pig! In fact, he adores her.

After our visit to Peppa Pig World it was obvious to us that the theme for Gabriel’s party should change from The Gruffalo (who we still love!) to Peppa Pig.

We chose to hire out a local social enterprise cafe called Cafe Hope, in Central Hall, Keighley. The cafe is non profit and run by volunteers, so their food is very reasonably priced.

It’s a great place, spacious and colourful. So welcoming for Children and breastfeeding too! We go to the cafe every Tuesday after playgroup and have lunch. Tracy, the Manager is lovely and goes out of her way to make us feel welcome! The food is yummy, and locally sourced too!

Gabriel invited twenty guests, and fifteen could make it. We were very excited! Each guest chose their own menu choice from the cafe, so there wasn’t much waste, and everyone could eat what they wanted! 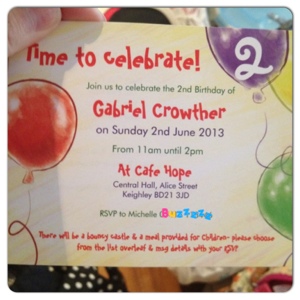 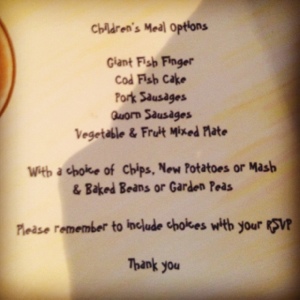 For decoration I bought Peppa Pig table cloths, napkins, standard balloons, bunting and foil helium balloons online. Turns out Peppa Pig party badges are like gold dust… In case you are ever in the market for one!

For the party bags, I was conscious I didn’t want them filled with plastic tat! So I bought Peppa Pig board books sets, and split them. The set of five books cost £3, so I bought three sets so each Child received one. 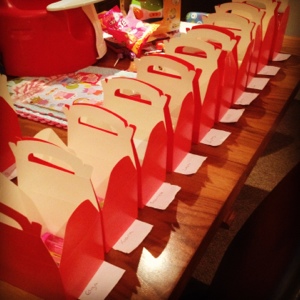 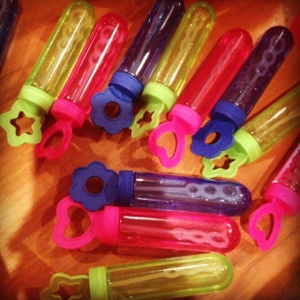 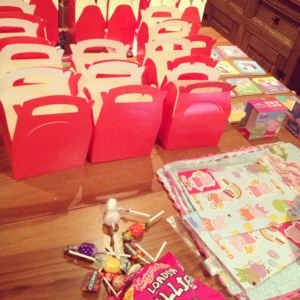 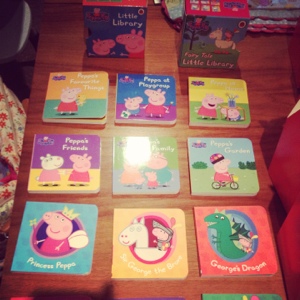 I placed some bubbles, a balloon, two boxes of raisins and a Peppa Pig sugarpaste cupcake inside each party box. 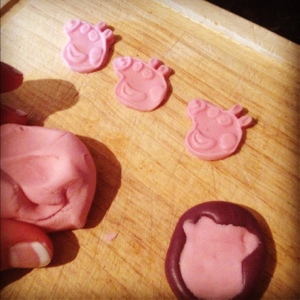 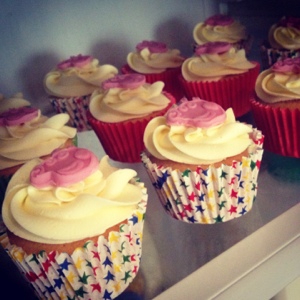 For the tiny babies that came, I added rubber ducks to the boxes and for the older girls I added skipping ropes.

On each box I wrote the recipients name, and stuck a Peppa Pig sticker on which read ‘Thank you for coming to my party love from Gabriel’ They looked very sweet all lined up!

For Gabriel’s Birthday cake I made him a ‘Peppa Pig’! I baked a round vanilla sponge cake and also a rectangle one. I cut out the snout, ears and dress shapes with a knife and stuck them together, finishing by covering it in buttercream and fondant. I used strawberry laces for the edging to ensure she stood out! 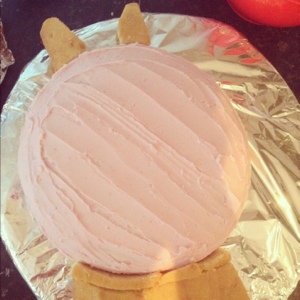 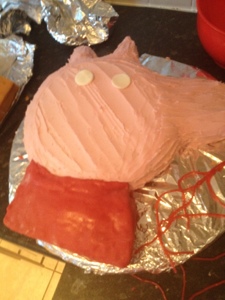 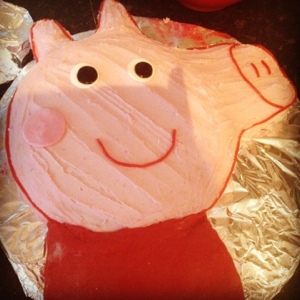 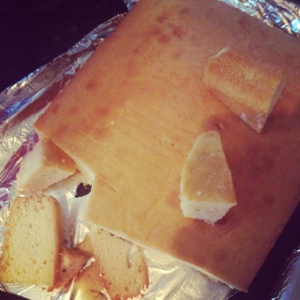 For activities we bought a couple of play tunnels and decided to take our ball pool with us for the babies to play in. We also bought a bouncy castle. We were planning on hiring one, but at a cost of £40-60 it was as cheap to buy a second hand one! Turns out I found a decent ‘clown’ themed one for £60, and it was perfect! We put it up in our kitchen… It’s a good job we have a large kitchen, it took over the room! 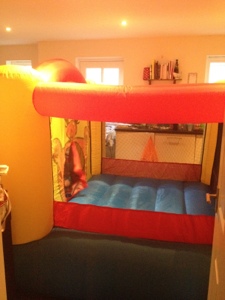 I also made a pass the parcel, placing a Peppa Pig DVD in the middle, and inside each layer, a packet of chocolate stars or buttons. We decided keeping it simple was the key! After all, most attendees were going to be under two!

There was just time for Willow to write her card for her Brother before we all had an early night! 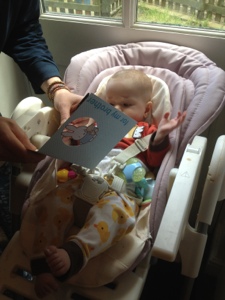 So we were ready! Watch this space for the party blog!