This week’s Living Arrows post comes to you from a week spent a lot at home, not doing much but playing games and having fun with the children. On Fridays, it’s been Mummy and Willow day and as it is Willow’s turn this week (I am attempting to alternate!) I decided I wanted to try capture both her personality and her doing something that she loves.

This photograph is Willow and her pet puddle, ‘Pet’. An original name for a dog, but very apt and clever which is what you get from Willow. Much like me, not hugely creative (so far!) but she is head strong and logical. Willow was bought ‘Pet’ from her Uncle Paul (My Brother) last Christmas. It’s a full on retro toy with tonnes of character and we all love him. It’s the closest we will get to having a dog anyway, for now! We also have a few other plastic dog toys, cue Gabriel and Willow constantly playing vets, which is super cute to watch and play along. So there we have it. Living Arrows week two, Pet. 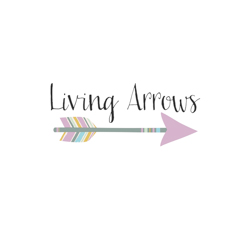