This last week we’ve had lots of snow. In fact, it’s been the worst snow we have had since we moved to the area eighteen months ago.
We live in a hamlet within quite a deep valley, so it’s really not the most ideal place to live during the Winter months!

With steep hills to climb and heavy snow drifts to contend with even to exit the Village we really have been, ‘Snowed in’. However, it hasn’t been all bad, as this meant of course that Daddy stayed home from work!

During the bouts of snow in Gabriel’s short lifetime unfortunately he’s always been too poorly to play outside (either a tummy bug or a bad cold) so this weekend was the first time we could all wrap up warm and head outside to enjoy the white stuff.

Gabriel loved the snow. As soon as we went outside he started to touch and feel the snow with his hands (he refused to wear his gloves most of the time). He made curious noises such as, ‘oooooh!’ and, ‘ah?’ he also said the words, ‘cold!’ and, ‘nooooo’ which I think meant, ‘Snow’!

We realised quickly this wasn’t the correct type of snow for snowman building, despite the copious amounts of it! So we, well I instigated a snowball fight. I took a chance and threw a ball of snow at Gabriel’s back (gently enough not to hurt him but with enough power to let him know of my attack), he giggled away and attempted to scoop some snow up and throw some at his Daddy. This, of course meant war! We continued to throw snow at each other and even when Daddy went inside to check on Willow we threw snow at the patio doors and pretended to carry on! It was such good fun to see Gabriel laugh and fall over with giddiness.

Later I decided we needed a sledge! I had an idea…
I took a washing basket from the kitchen and attached a pair of Gabriel’s reins. It looked slightly uncomfortable so I lined the basket with a padded changing mat. Perfect!

We lifted Gabriel inside and pulled him across the garden inside it. He loved it.

Until of course, the inevitable happened..

Then there were tears! Cold snow in his face must have been a shock for him! After a quick cuddle he was fine. It didn’t put him off playing in the snow and when it was time to go inside we had some tears he’d loved it so much.

To warm up we had warm baths, afterwards we walked over to the pub in the village for some lunch. We then spent the afternoon reading books, playing games and singing songs together.

Snow day turned out to be a lovely Family day. These impromptu days spent at home really are the best! 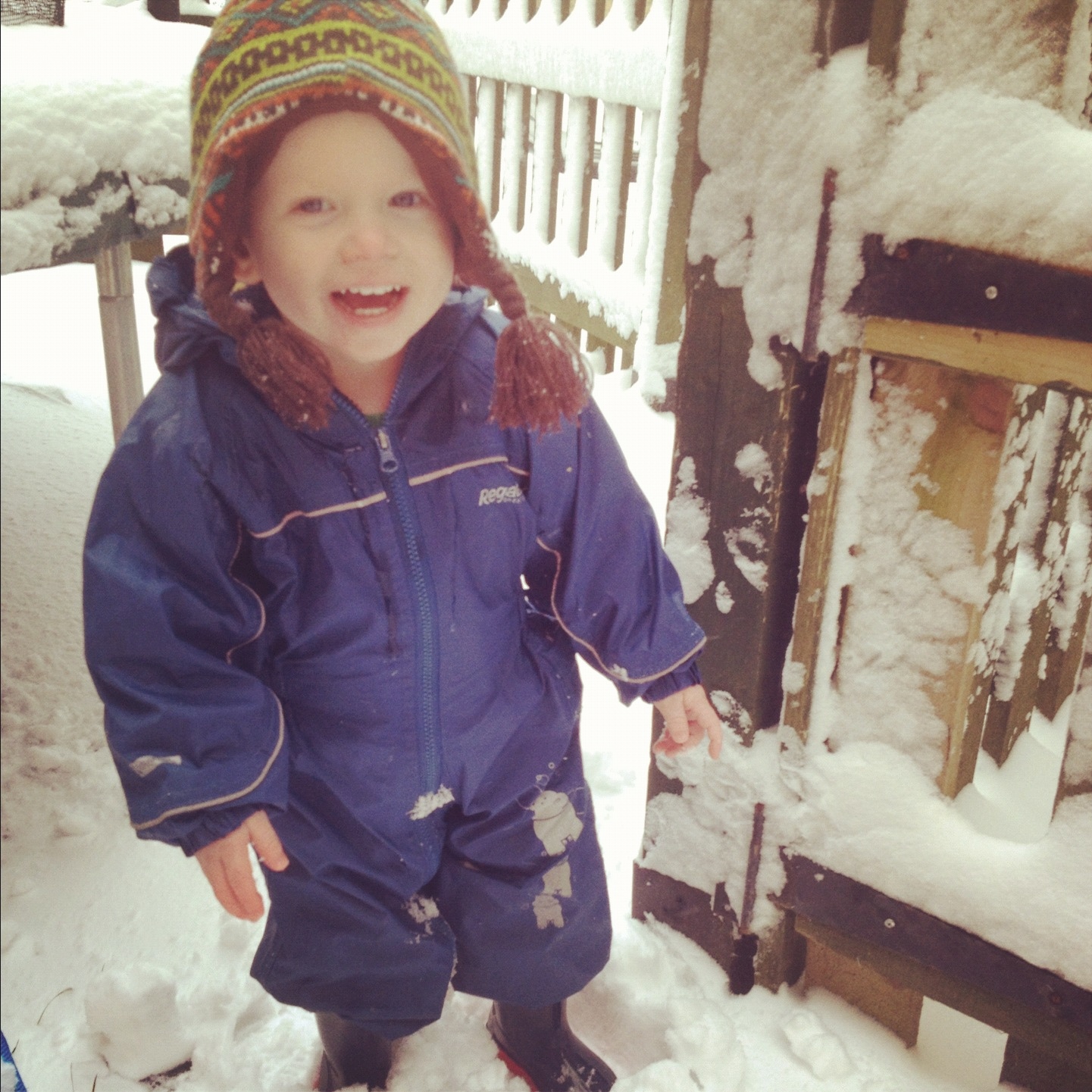 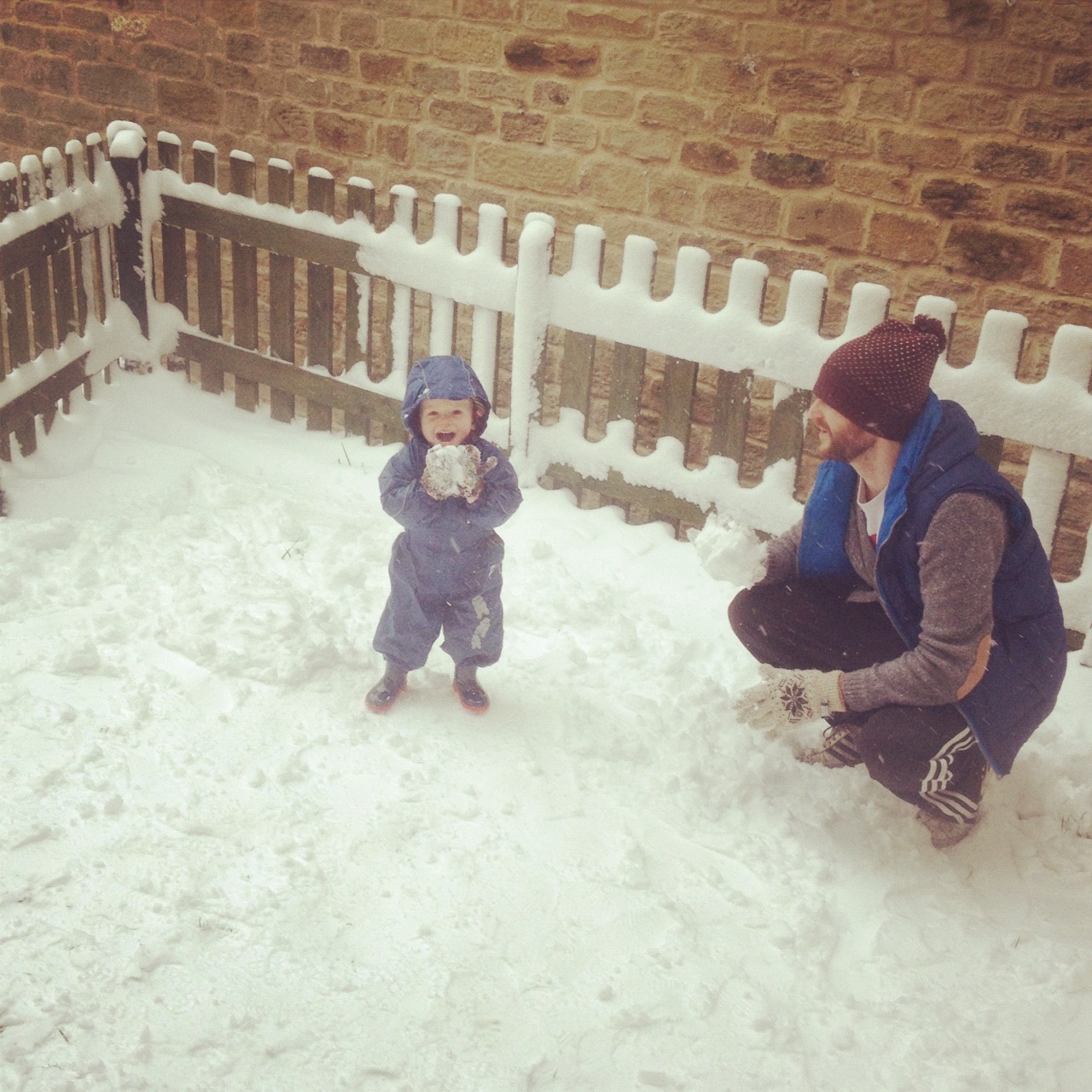 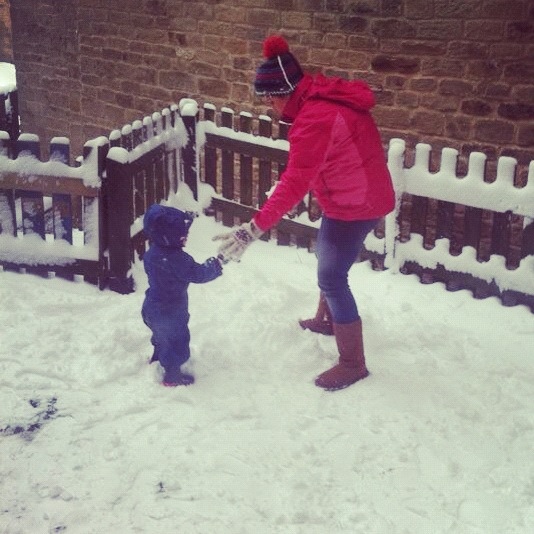 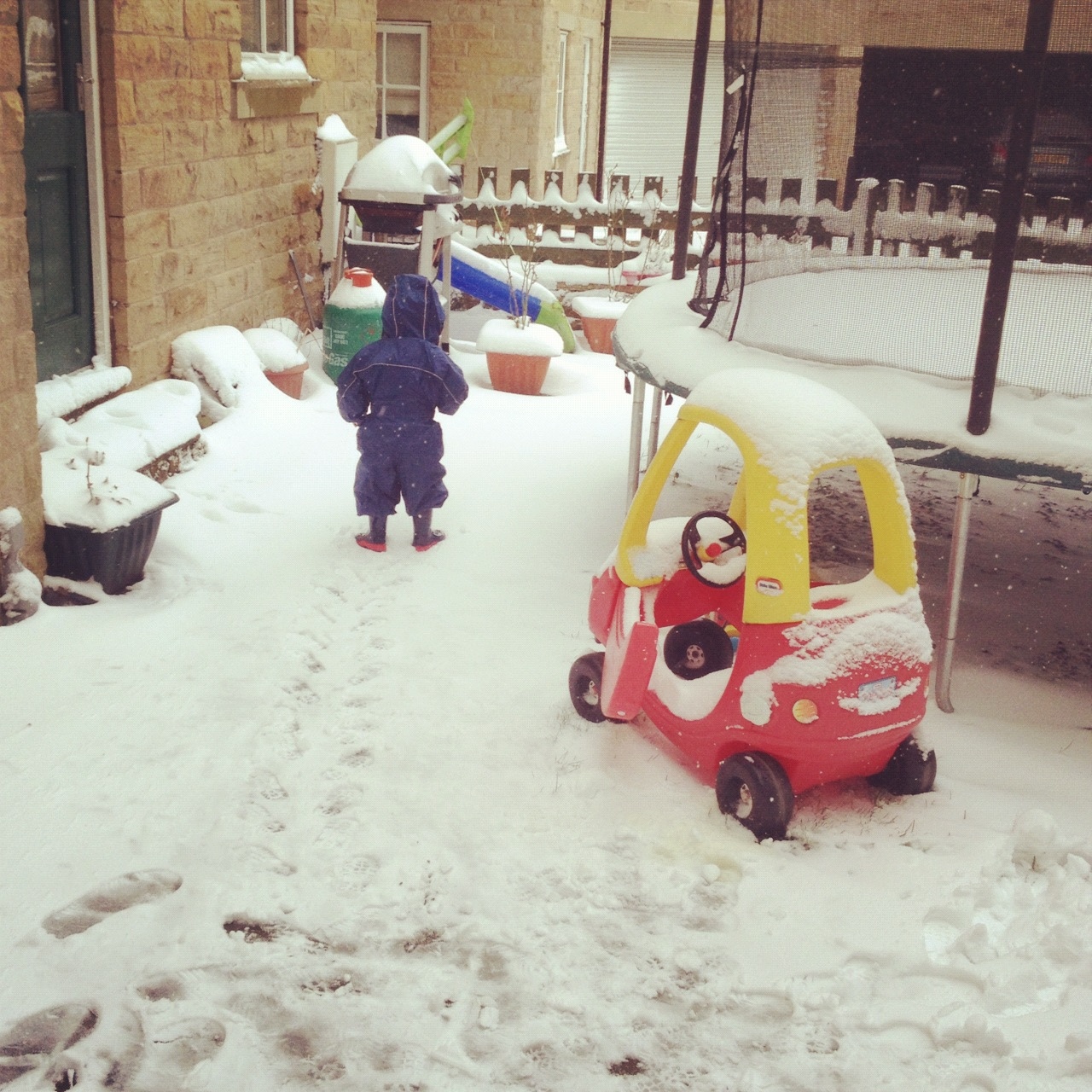 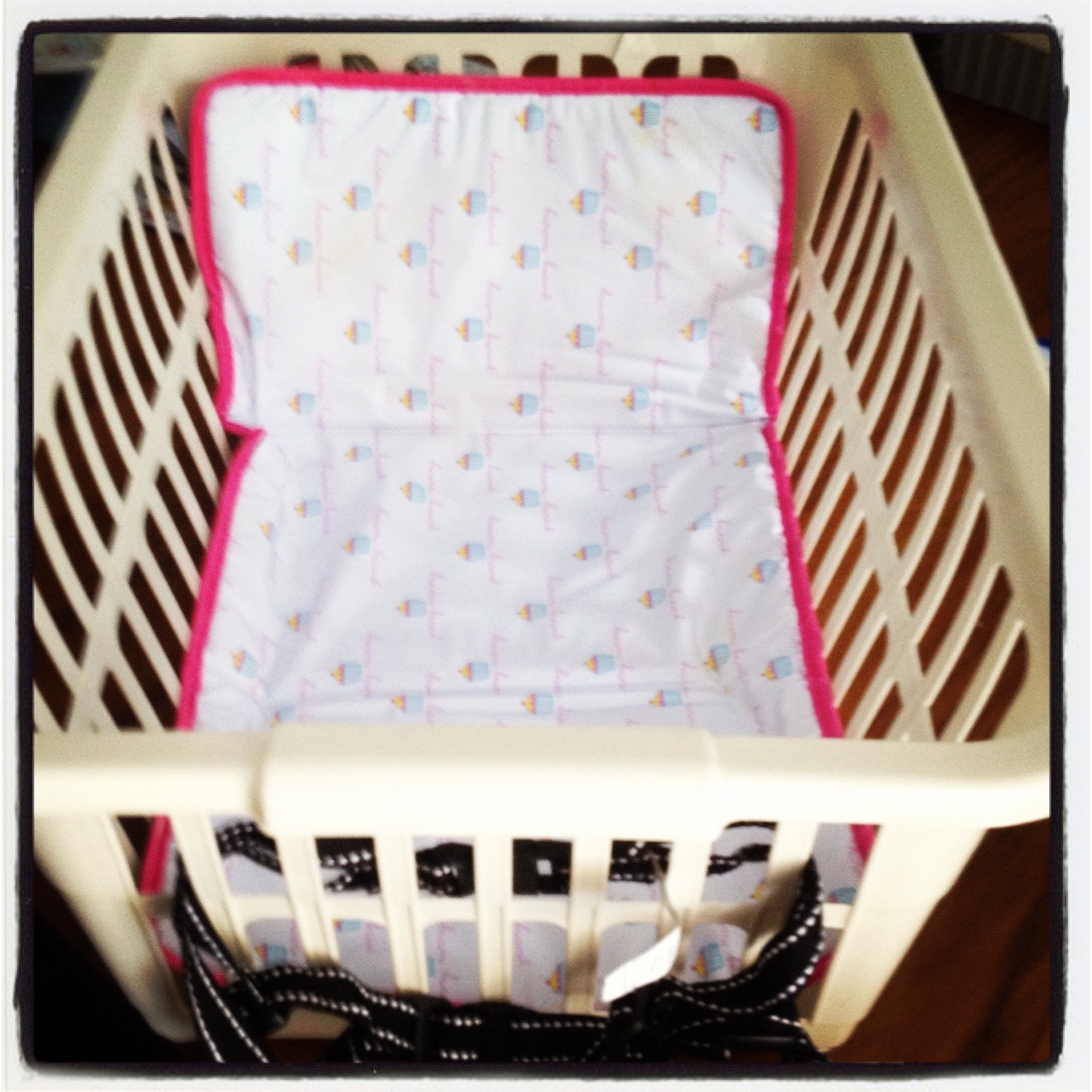 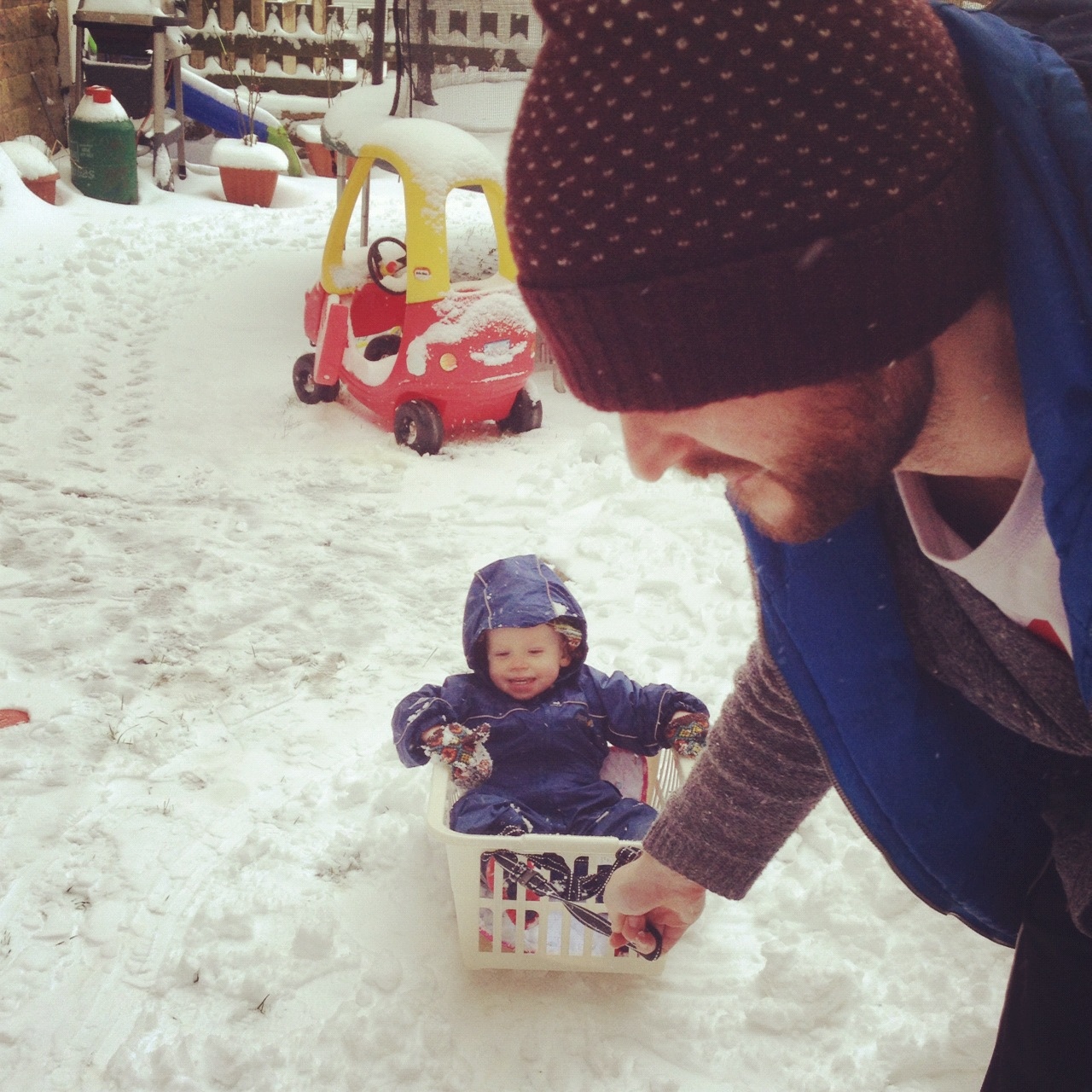 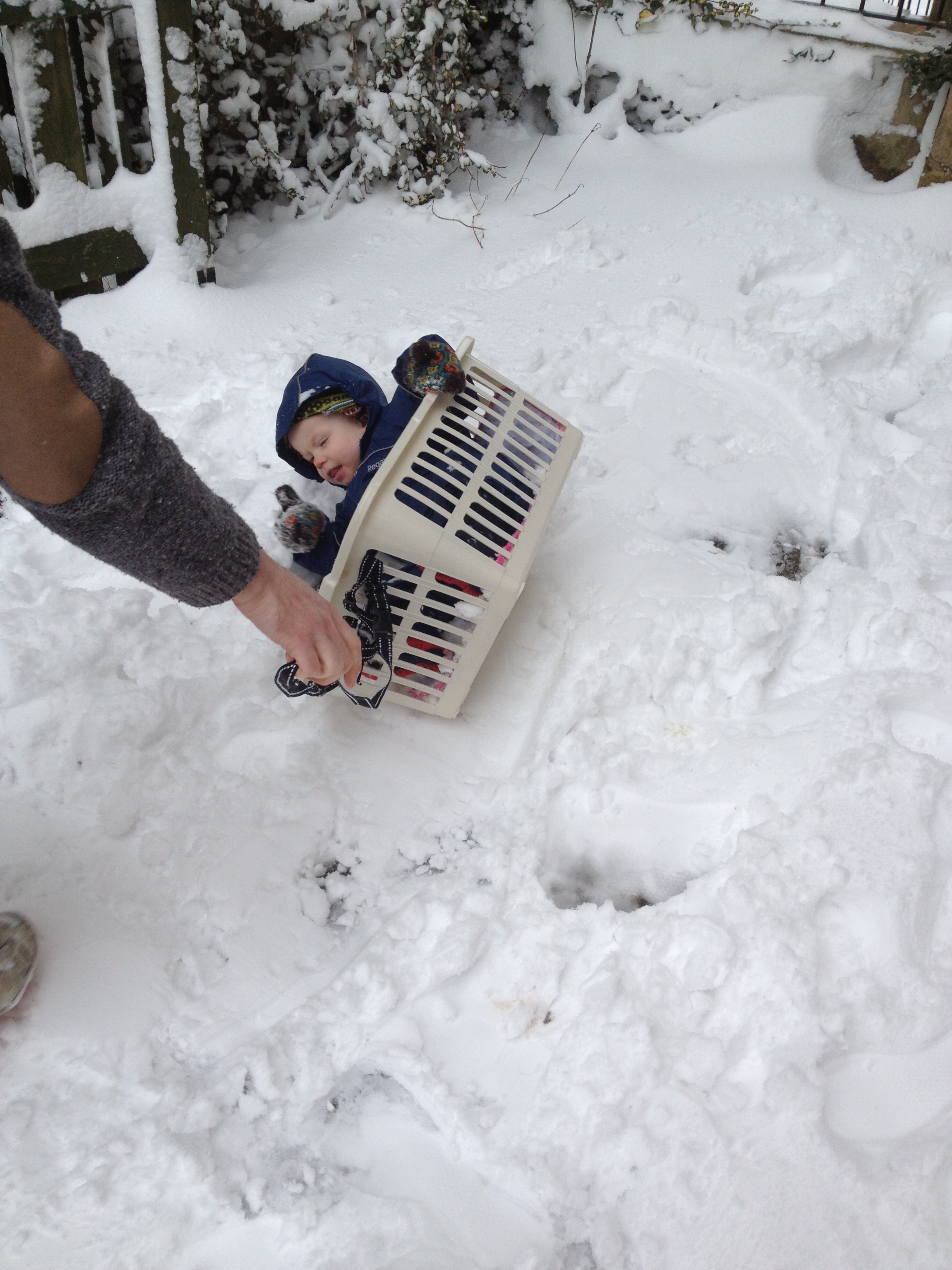